SoCal Restaurant Show recently went to the Mark for Events in West LA to check out our past guest, The Modern Mixologist, Tony Abou-Ganim in a special mixology class called ‘All Hands on Deck’. Presented by Shellback Rum, we created three signature cocktail creation and had some great bites provided by the Mark of Events caterers. Great way to celebrate National Rum Day! As always, we’re all over Southern California to share more great events with our amazing audience. Where will we be next? 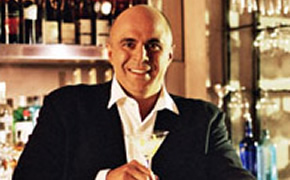 Tony is based in the classic cocktail capital of America, b. When it comes to being the ultimate master bartender (and part magician) Tony is the recognized go-to guy on the national scene. When Food Network’s “Iron Chef America” needs a star mixologist they use Tony in the episode!

When Steve Wynn built his enduring masterpiece, the Bellagio, the ultimate destination resort of modern Las Vegas, Tony created the ambitious, trend-setting bar program for the entire project and trained the staff.

Tony is talking about summer cocktails. He takes us through the creation of a special daiquiri made with fresh bing cherry infused rum as the base.

His favorite spirit is Campari (the Italian aperitif) and his favorite cocktail is the Negroni.

On our return Tony went through the steps in mixing the perfect Negrino.

He also emphasized the importance of the proper glassware and hard, clear ice in creating truly great cocktails. Ice is often overlooked and that ultimately creates problems with presentation and possible dilution.

On Tuesday, July 2nd Tony Abou-Ganim is a guest on NBC’s “Today Show.” He’s going to be sharing “do it yourself” cocktails for the 4th of July.

On August 16th, Abou-Ganim is going to be in Los Angeles for the “All Hands on Deck” cocktail tour for National Rum Day. Over the course of the evening’s program Abou-Ganim will explore with the guests the modern mixology applications of Shellback Caribbean Rum. 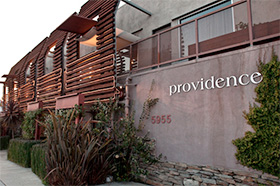 Chef Jet celebrated Father’s Day at Providence in Los Angeles. This is celebrity chef Michael Cimarusti’s (ex-Water Grill) much-praised, fine-dining seafood restaurant. In addition to the expected great seafood non-stuffy, attentive service is part of the experience. There is also a very deep wine list and an outstanding bar. Jet talks about his meal there and why this is such a popular special occasion establishment.

Mr. Suave himself, Kedric Francis, is back with us. He’s the Executive Editor of Coast Magazine and co-founding editor of the revamped OC Register Magazine.

Kedric is in-studio talking about local travel opportunities for Summer. He’s got some inspired ideas for traveling on the rails and previews the new attractions at The Disneyland Resort. It’s all child-friendly, too.

We’re delighted to welcome The Modern Mixologist, Tony Abou-Ganim, to the show. He’s a master barman and part magician. Tony is based in Las Vegas. He created the entire bar program (nothing short of spectacular) for the opening of Steve Wynn’s  original Bellagio, the trend-setting casino resort of it’s time.

Tony will share his inspirations for Summer cocktails and the importance of quality ice. It really makes the difference in a properly-prepared cocktail!

Man about Orange County, Kedric Francis encores for another segment. This time he’s  chatting about the just-released June Restaurant Issue of Coast.

One feature profiles up and coming areas where there are pockets of distinctive dining places. Downtown Santa Ana is one of these spotlighted dining neighborhoods.

The most interesting piece, we think, is on the best restaurants in Orange County located in the worst spots. What a fun idea…

A truly underappreciated local wine country destination is the Temecula Valley. It’s 90 minutes, or less, from most areas of Orange County. It’s probably best known as the location of the Pechanga Casino Resort (largest Indian casino & hotel property in the West) but there is lots more out there. 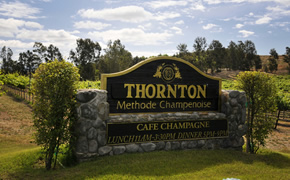 When you cross Butterfield Stage Road going East on Rancho California Road you hit the picturesque, and delightfully rural,  wine country. The first winery property you pass is the eye-catching Thornton Winery celebrating their 25th anniversary of proud family ownership in 2013. They are especially known for their premium California sparkling wines but also produce a  distinctive line of still wines under the stewardship of winemaker David Vergari.

Since the beginning Thornton has staged a highly regarded summer Champagne Jazz Series at the winery showcasing renowned contemporary jazz artists. Dave Koz performed two concerts there last weekend. It’s a superb environment to enjoy a concert in. You can also sip wine and enjoy a three-course seated dinner in the concert area.