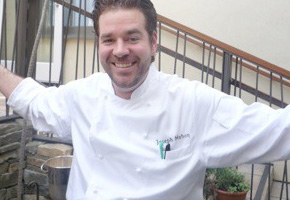 “Initially, Chef Mahon plied his sandwiches through food trucks and then a pop-up venue. “The first six months was a laboratory, improving consistency and getting guest feedback,” he reminisces. But changes in his personal life required a permanent address. “My daughter was on the way,” Mahon reveals, adding, “I stopped seeking out the next trend – I could chase that for 25 years.” He began to ask himself, “What’s more stable?”

“The answer was Burger Parlor, a location just around the corner from the pop-up site in Fullerton.”

“No matter what the burger combination, Mahon insists, “let the meat shine. Everything else is second, third or fourth.”