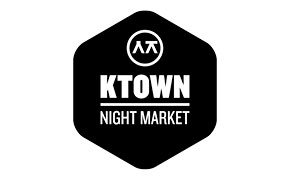 The creative forces behind the KTOWN Night Market are at it again. Their inaugural Halloween Food Fest comes to Koreatown for two days on October 25th and 26th. Saturday is 2:00 p.m. to Midnight and Sunday is Noon to 9:00 p.m. 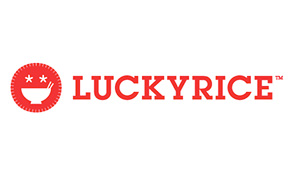 Danielle Chang, the founder of the series of LUCKYRICE Night Markets staged across the country, is back with us to preview the upcoming Las Vegas evening at The Cosmopolitan Las Vegas set for Saturday, October 4th.

“The LUCKYRICE Night Market at The Cosmopolitan of Las Vegas brings the flavors and sensations of Asian markets from Taiwan to Thailand to the Boulevard Pool. Join celebrity chefs from across the U.S. and Las Vegas as we recreate the celebratory chaos and delicious energy of the quintessential Asian night market experience with a distinctly cosmopolitan flavor.”

After 15 successful years in Las Vegas at The Grand Canal Shoppes at The Venetian, Wolfgang Puck’s Postrio was due for a culinary facelift and some new energy. Enter new Executive Chef Mark Andlebradt (An-dell-Brat) who has created a new market-driven menu more in the style of the original Postrio in San Francisco.

Back in 1988 fearless entrepreneur Patty Phillips was an early pioneer in the Gourmet Take & Bake pizza concept. All of that research and development led to a pizza dough that became really popular with local chefs. Patty’s Gourmet Pizza was established to serve that community and all these years later the Marina del Rey-based firm provides a range of products for commercial clients in over 30 states.

What fruits and vegetables are coming into season right now and tasting delicious? We’ll have a report from our resident produce authority, Robert Schueller, of Melissa’s World Variety Produce.

Founder Danielle Chang is our guest.

There is a new addition to the booming Asian Night Market scene locally. A warm welcome to the first K-Town Night Market.

The most ambitious restaurant opening in the OC thus far this year is the long-awaited Provenance in Newport Beach. An impressive organic garden wraps around the perimeter of the restaurant’s spacious patio.

We’ll have a visit from a passionate young wine maker in Sonoma County who is creating limited production wines crafted his way with impressive results.

A local chef with substantial cooking credentials has opened a new, more personal restaurant in Pasadena. Chef Jet will provide the specifics.

The most famous barbeque joint in Mississippi has figured out a way to go national. Their popular sauces and marinades are now available in glass bottles at better food stores across the country.

It’s ice cream season. One of the most popular premium ice cream novelty items ever is the iconic It’s It. It’s SoCal cousin is the Cool-A-Coo. We have the scoop on both…

Night Markets modeled after Singapore are hot right now in SoCal. It was only a matter of time before a Korean Night Market was organized.

For the 1st time ever the winners of “Great Food Truck Race” from Seasons 1 to 3 (Grill ‘Em All, The Lime Truck & Seoul Sausage Co.) will all be together selling the food that made them famous nationwide.

“Our vision is for people to come and experience Korean food, Korean culture and Korean Entertainment.” Everyone is welcome!

Jet discussed the highlights of the Luckyrice Festival Night Market held last Saturday at the Cosmopolitan Hotel (on the pool deck) located on The Strip in Las Vegas. Jet served some 1,100 portions to the enthusiastic guests. In his “pick your flavor” poll to decide which Kuma Snow Cream flavor to serve at Chef Jet’s station at LuckyRice, Nutella won over Pumpkin.

Andy reviewed the goings-on at the Patchwork Show – Edible Edition at SoCo and The OC Mart Mix in Costa Mesa last Weekend. The show broadcast live from the South Coast Collection.

Jet discusses the highlights of the Luckyrice Festival Night Market held last Saturday at the Cosmopolitan Hotel on The Strip in Las Vegas. Jet served some 1,100 portions to the enthusiastic guests.

Andy reviews the highlights of the Patchwork Show – Edible Edition at SoCo and The OC Mart Mix in Costa Mesa last Weekend. The show broadcast live from the South Coast Collection. 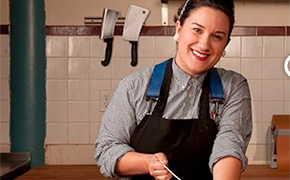 The classic, full-service neighborhood butcher shop is alive, well, and prospering at Lindy & Grundy Meats in the Fairfax District of Los Angeles. Artisan butcher Erika Nakamura (half of the Lindy & Grundy team along with Amelia Posada) is with us to fill us in. Erika is a classically trained chef.

All of their premium meats are from humanely treated, grass fed animals and 100 per cent locally produced and sustainable. The partners only source meat from farms they have visited. They even inspect the harvesting facility where the animal is processed. They offer an alternative to commercial farming. 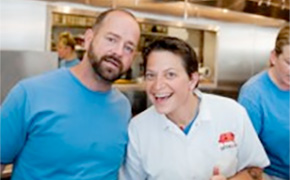 One of the most exciting chef teams operating in the Sonoma County wine country is Chef Duskie Estes and Salumist John Stewart (wife & husband) who are the proprietors of the new zazu kitchen + farm located at The Barlow (a former apple juice processing facility) in Sebastopol. Some of the vegetables used at the restaurant are actually grown in large tubs on the restaurant’s patio. They were mentored by pioneering Seattle chef/restaurateur Tom Douglas before relocating to Sonoma County to go off on their own.

The original zazu restaurant (part of a former chicken coop) was founded in Santa Rosa in 2001. It was located in a rustic roadhouse way out of town surrounded by farms and vineyards. If a local didn’t tell you about it you’d probably never know it was there. Their regulars include some of the most distinguished winemakers in Sonoma County. The eclectic wine list includes reserve selections that you just don’t see outside of the private stash of the wineries.

Duskie and John were living farm-to-table long before that became a marketing buzzword for chefs. They raise their own chicken and ducks to provide the eggs for their fresh pasta and their praise-worthy gelati.

Duskie Estes of the new zazu kitchen + farm in Sebastopol stays with us.

John Stewart learned the art of curing meats from Mario Batali’s father who has a highly-praised salumi business in Seattle. Visitors to zazu can watch John cure his acclaimed Black Pig Meat Co.’s bacon and salumi right there.

Zazu even has an experienced organic farmer on staff. He supervises the three spots of zazu’s soil including the MacBryde Farm where John and Duskie live with their children. The Farm is home to zazu’s chickens, ducks, turkeys, heritage wattle pigs, sheep, rabbits, goats and more. 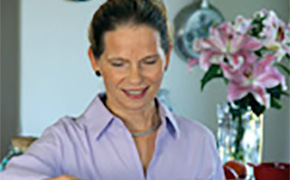 She is now the food editor for the Monterey Bay Aquarium’s Seafood Watch website as well as a busy cookbook author.

Her newly released seventh cookbook is Weeknight Gluten Free. This title is particularly important to Kristine as her childhood celiac disease resurfaced recently.

Kristine is a serious home cook. She prepares fresh meals at home almost every night.

On Wednesday, October 23rd Kristine Kidd will be part of a “Zov’s Lunch and Learn” program at Zov’s Bistro in Tustin. Kristine will be explaining how to prepare delicious meals that are gluten free.

Lunch will be on the menu, too. The entrée is Grilled Lemongrass Chicken with Ginger Rice, Braised Kale and Grilled Roasted Tomatoes. It’s a modest $25 per guest and seating is limited. Make your plans now because it will reach capacity quickly.

In Las Vegas it’s who you know and the “SoCal Restaurant Show” is lucky to have Brock Radke as our insider on the ground in Las Vegas. Brock is the Food Editor of Las Vegas Weekly and joins us regularly to clue us in on what’s happening on the dynamic Las Vegas dining scene.

This morning Brock is giving us the 411 on Tom Colicchio’s Heritage Steak at The Mirage and Rick Moonen’s Rx Boiler Room at The Shops at Mandalay Bay. Brock recommends both new additions to The Strip’s dining choices.

We’re proud to be part of the hospitality industry as chefs and restaurateurs are some of the most generous folks we know. When there is a worthy cause they are there in a flash with food and support… 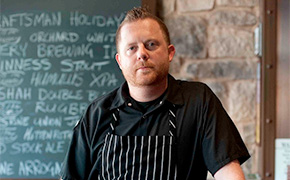 We know Chef Greg Daniels from the two Haven Gastropubs (Orange and Pasadena,) taco asylum and Provisions Market. From October 16th to 25th Chef Greg has assembled a group of distinguished OC chefs to raise money for children who suffer from Severe Acute Malnutrition (SAM) worldwide. It’s all under the playful banner of “PB&J for Good.”

Besides Haven Gastropub some of the high profile restaurants participating include ARC, Broadway by Amar Santana, Little Sparrow, LUCCA, and The Winery Restaurant & Wine Bar.

The State of Hawaii has some of the most fertile agricultural land in the United States yet, in recent years, this dirt hasn’t been used for agriculture. Sadly they need to import most of their fruits and vegetables from the Mainland. 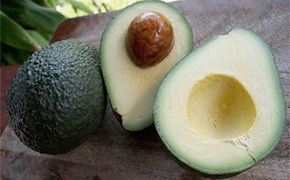 Surprisingly until very recently the USDA wouldn’t allow the Sharwil to be imported into the lower 48 states. This is a real shame because the seasons of the Sharwil match the seasons of availability for imported avocados from Mexico. Wouldn’t you want to enjoy a made in the USA fruit which also supports our economy ?

Ken Love, the President of the Hawaii Tropical Fruit Growers, joins us from The Big Island to explain what has changed…It’s a baby step.

Jet was speaking from Las Vegas at the Luckyrice Night Market at the Cosmopolitan on the famed Las Vegas Strip. 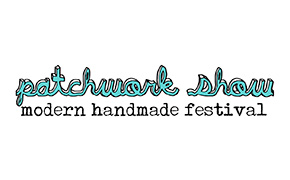 Today’s show was broadcast live from the Patchwork Show – Edible Edition at the South Coast Collection and OC Mart Mix in Costa Mesa which took place both Saturday and Sunday.

The always stylish, Kedric Francis, the Executive Editor of both Coast Magazine and The Orange County Register Magazine joined us as guest co-host.

Jet previewed the LuckyRice Night Market in Las Vegas and the incredible roster of featured celebrity chefs participating. Andy Ricker of Pok Pok fame in Portland and Brooklyn (Red Hook) was there with a tasting station. His eagerly anticipated Pok Pok Cookbook will be released later in the month.