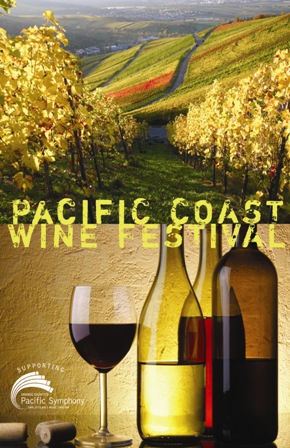 The Pacific Coast Wine Festival is an intimate and exceptional evening that ensures beautiful music can reach more communities of Orange County and engages our youth in the symphonic experience. This annual event benefits Pacific Symphony’s award-winning education, artistic, and community programs such as Heartstrings and Class Act.  Wine and arts aficionados won’t want to miss this heralded event – Tickets can be purchased online! 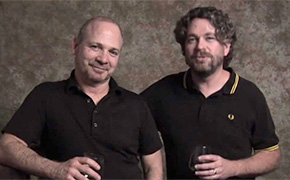 All the impressive wine selections for the benefit and auctions have been meticulously curated by Tristen Beamon and Kyle Meyer of Orange County’s Bestwinesonline, an innovative wine retailer based in Santa Ana.

Valentine’s Day is fast approaching so plan ahead and don’t panic. It falls on a Friday this year. Friday is an especially tough day for restaurants due to Valentine’s Day anxiety so if you want to be a bit more relaxed make your plans for Saturday or Sunday instead. Still the Valentine’s Day orbit but a bit less crazed for the restaurant. You’ll definitely have better service…

What you may not know is that he has a serious culinary background. He trained with the legendary English Chef, Marco Pierre White. Chef Curtis worked his way up Marco Pierre White’s tall culinary ladder and eventually became the Head Chef of Quo Vadis in London.

On February 1st Curtis Stone opens Maude in Beverly Hills. Maude is named after his grandmother. It’s an intimate 25 seats and Chef Curtis will actually be there cooking. The menu will change monthly and all of the nine tasting plates served each night will contain a featured ingredient. 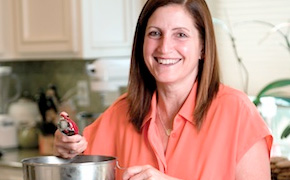 It’s almost Valentine’s Day and what more thoughtful edible gift than absolutely delicious chocolate chip cookies baked in small batches! The big plus is that each sale benefits The Starlight Children’s Foundation.

Roberta Koz Wilson (jazz saxophone great Dave Koz’s sister) of Cookies for a Koz joins us to share the inspirational story. The cookies are a tribute to their late mother, Audrey, who created the original cookie recipe. The truth is that these famous cookies opened a lot of doors for Dave in his early days as a struggling musician!

The Red Velvet Cookie was originally created as a Valentine’s Day special. It became so popular that it was added to the year-round line. It’s their take on a moist and delicious Red Velvet Cupcake. 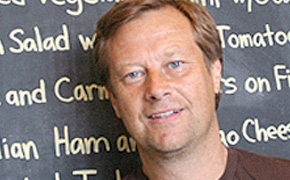 In 1991 Rockenwagner moved to a much larger space in the Frank Gehry-designed Edgemar Complex in Santa Monica.

Hans eventually discovered there was more money in artisan bread and eventually closed Rockenwagner to concentrate on his growing wholesale bread baking business. He now has 60 bakers working around the clock seven days a week! Rockenwagner Bakery is a fixture at area Farmers Markets including the Sunday Beverly Hills Farmers Market. 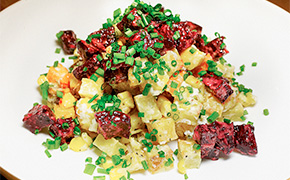 In addition to the growing wholesale bakery Hans Rockenwagner has a network of busy bakery cafes in Santa Monica, Venice, and Mar Vista. The most ambitious café to date just launched in Brentwood. This Café Rockenwagner is in the bw (a high-rise luxury apartment building) at the corner of Barrington Ave. and Wilshire Blvd.

Besides a full food menu there is on an on-site pastry chef here so there is an impressive selection of fresh breakfast pastries, desserts, breads and pretzels available. 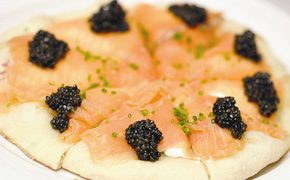 Celebrated chef Wolfgang Puck and Wolfgang Puck Catering have just launched two new dining destinations at Honda Center, the home of the Anaheim Ducks. They are Puck’s Tavern, an approachable fine-dining restaurant serving modern comfort food and The Window at Puck’s Tavern, a made-to-order pizza concession stand. Both operations are located on the South Side of the arena’s main level.

Open during Honda Center’s events, Puck’s Tavern (230 seats) caters to both the general public and ticketholders alike. The 7,000 square-foot, indoor-outdoor restaurant features a direct entrance to the arena allowing a seamless transition from a sit-down meal or private event to the evening’s entertainment.

Matt Bencivenga, Executive Chef and Partner of Wolfgang Puck Catering joins us to chat about the opening of Puck’s Tavern and Wolfgang’s high-profile return to Orange County.

All the impressive wine selections for the benefit and auctions have been meticulously curated by Tristen Beamon and Kyle Meyer of Orange County’s Bestwinesonline.