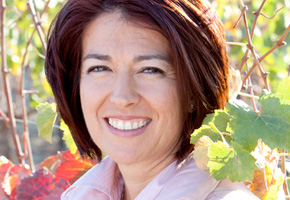 Previously we’ve met passionate winemaker Clarissa Nagy who has her own boutique label, c nagy, with a rustic tasting room in historic Orcutt. C nagy wines are “A pure expression of grapes from a vineyard celebrating the experience of Santa Barbara County.” Clarissa has a particular affinity for Pinot Noir but other available current releases include Syrah, Grenache, Gewurztraminer and Pinot Blanc.

Curbside pickup of wines by the bottle is currently available at the Tasting Room while the signature tastings are on hold. Clarissa is also hosting a regular series of entertaining and informative virtual tastings.

“People often ask how I started in the wine industry. It was never my plan to make wine. Actually, my original intention was to work with food. Thankfully, food and wine are often paired together. Through that means, wine found me.”

“Pinot Noir and Syrah were my main focus for the next 6 years. I made a Viognier in 2010, but frost would prevent me from doing so in 2011. The loss of Viognier opened the door to work with Pinot Blanc as well, and my journey continued to unfold. The newest chapter of my story is the addition of the tasting room.”

“Winemaking has become my passion. Sharing that joy with others is a priority. I’d love to be able to bring everyone into the vineyard and cellar to experience winemaking firsthand. Since that isn’t realistic, I offer you a taste of my labor. Here is that experience captured in bottle. I hope to share this passion with you in person. Until then, enjoy!”
– Owner/Winemaker Clarissa Nagy 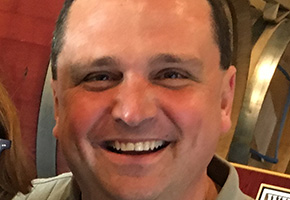 “After more than a decade of success as a corporate tax attorney in Cincinnati, Ohio, Dave Specter was emotionally and physically spent. His wife Sara convinced him to leave the profession and they turned the hobby that brought him joy—winemaking—into his new career. The pair had fallen in love with Newberg and the Willamette Valley while on vacation in 2008, subsequently moving here in 2012 and establishing Bells Up in 2013. The first wines were released Memorial Day 2015, coinciding with the opening of the estate winery/tasting room.”

“Every Bells Up wine is named for a piece of classical music that perfectly epitomizes the wine and/or prominently features the French horn, the instrument owner and winemaker Dave Specter played for more than 20 years.”

Winemaker Dave joins us to pull the cork on Bells Up Winery. 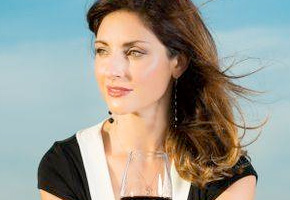 Franciacorta is considered by connoisseurs as the luxury Italian sparkling wine. It’s a good value for the quality. The name identifies both the production method as well as its growing area in Italy. It’s also the Consorzio Del Franciacorta.

The Consortium was founded on March 5, 1990 in Corte Franca to guarantee and monitor compliance with the rules for producing Franciacorta wine. The name of the geographic region where its Chardonnay, Pinot Noir and Pinot Blanc vines are grown is used to identify this wine, which is produced exclusively by the method of secondary fermentation in the bottle. In one word, Franciacorta describes an area, a production method and a wine.

Having moved to its present site at Erbusco in 1993, the Consorzio Franciacorta has about 200 members including wine growers, wine producers, bottlers and others involved in the production chain for the designations Franciacorta DOCG, Curtefranca DOC and Sebino IGT.

The cultivation of vines has ancient origins on the hills of Franciacorta, as evidenced by the findings of prehistoric grape seed and the writings of classical authors such as Pliny, Columella and Virgil. Rich archaeological material dating from prehistoric times, such as the remains of stilt house foundations found in the bogs of Sebino, reveal how primitive populations settled here and gradually took over from the Cenomani Gauls, the Romans and the Lombards.

Vine cultivation has been a constant in Franciacorta, where grapes were grown from Roman times to late antiquity and the Middle Ages, thanks to its favorable climatic and soil conditions. Though good and bad periods alike, viticulture in these lands never stopped.

Brand Ambassador Laura Donadoni graciously pops the cork on the Italian bubbly for us.