In the words of Chef Gavin Kaysen: “This is the only industry where you can go out and have a great glass of Champagne and eat a great meal, and you’re learning.”

While working as Executive Chef at El Bizcocho in San Diego, he received a considerable amount of local acclaim, as well as being recognized nationally by being named one of Food + Wine Magazine’s Best New Chefs in 2007. While working as Chef de Cuisine at Café Boulud in New York City, Gavin was 2008 recipient of the James Beard Foundation’s coveted Rising Star Award.

In 2014 Gavin returned to his hometown of Minneapolis, Minnesota to open the highly anticipated restaurant Spoon & Stable. The restaurant has earned rave reviews from local media and patrons alike. It is described as a culinary destination for food lovers in search of casual elegant dining. Last month Spoon and Stable was announced as a semifinalist for Best New Restaurant by the James Beard Foundation Awards. 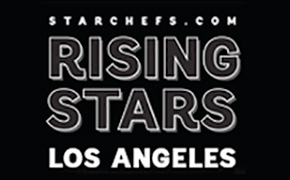