Cheesecake! The Emmy award winning show The Golden Girls made eating cheesecake a nightly ritual on the hit television series. The pastry chef who made those luscious and delicious cheesecakes and many other foods for hit sitcoms is George Geary. He later became the first award winning pastry chef for the Walt Disney Company at Disneyland.

Geary’s cheesecakes became one of his most popular culinary calling cards so he then published his favorite recipes in his first cookbook, 125 Best Cheesecake Recipes in 2002, and it was such a hit that a follow up book, The Cheesecake Bible was published in 2008 and became a best-seller.

Now Geary has expanded his cheesecake repertoire even more with the highly anticipated 2nd Edition of The Cheesecake Bible: 300 Sweet & Savory Recipes for Cakes and More George provides home cooks with extensive how-to instructions, tips and techniques to make the perfect cheesecake. 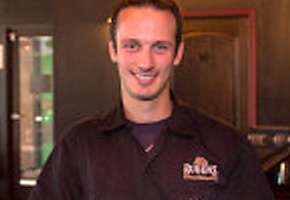 El Segundo’s R6 Distillery & Smoky Hollow Tasting & Taproom was established in 2014 by Head Distiller Rob Rubens. Rob fell in love with the mystery and art of distillation after his first (and unplanned) trip to Old New Orleans Rum Distillery. He realized it was time for a change.

After scraping together savings, visiting plenty of distilleries and breweries, it was time to perhaps start another great wave. Coupling his experience with the desire to bring quality spirits to greater Los Angeles, Rob decided to open this speakeasy inspired distillery for everyone to enjoy.

There is a real Mixologist creating the signature cocktails in the Tasting Room. Think Smoked Old Fashioned with R6 Smoked Bourbon, sugar, and Ango Orange. 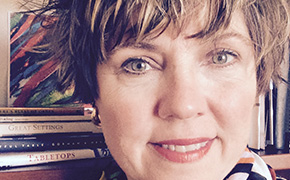 The William F. Harrah College of Hotel Administration at UNLV is consistently ranked as one of the top college hospitality programs in the country. Their faculty members are internationally known experts. The programs mix the right amount of classroom and work experience. UNLV students are well prepared upon graduation to enter the job market, and the alumni are distinguishing themselves in their careers.

SoCal Restaurant Show recently went to the Mark for Events in West LA to check out our past guest, The Modern Mixologist, Tony Abou-Ganim in a special mixology class called ‘All Hands on Deck’. Presented by Shellback Rum, we created three signature cocktail creation and had some great bites provided by the Mark of Events caterers. Great way to celebrate National Rum Day! As always, we’re all over Southern California to share more great events with our amazing audience. Where will we be next?