Producer and occasional Co-Host Andy Harris is going solo in the host chair this morning. Now a preview of today’s full show…

The primo attraction in California’s charmingly rural Santa Ynez Valley is the diversity of noteworthy wineries. The wine trail there includes Los Alamos, Buellton, Solvang, Ballard, Los Olivos and Santa Ynez. How do you navigate the Valley? The “SoCal Restaurant Show” recently left that in the expert hands ofStagecoach Co. Wine Tours, based right there. We’ll meet the proprietor, Eric John Reynolds.

When it comes to the flavors and preparations of the authentic foods of Baja California our local expert is Chef Deborah Schneider. To keep current she now orchestrates an annual cooking research trip to different interior States in Mexico. Back in 2006 Chef Deb wrote Baja! Cooking on the Edge which is still in print and greatly admired. Her two restaurant concepts are SOL Mexican Cocina (Newport Beach and Scottsdale) and solita Tacos and Margaritas (Huntington Beach and Valencia.) The Valencia solita opened this week for dinner in the Westfield Valencia Town Center. Chef Deb is out guest.

Fine dining chef, Eric Greenspan, is all over Food Television. He impressively just vanquished the competition in Food Network’s “Cutthroat Kitchen : Superstar Sabotage Tournament.” He came out on top against a group of seven other fiercely competitive celebrity chefs. All his winnings went to charity. Chef Eric’s new series, “Eric Greenspan is Hungry” debuts on the National Geographic Channel on Monday, November 24th

Thanksgiving is on Chef Eric Greenspan’s mind, too. He’s teamed up with Tillamook (think cheese) for a special promotion to honor the season of gratitude. Tillamook has also added ice cream to their product line.

Ten years ago Twentieth Century-Fox released a modestly budgeted film based on a best-selling book with wine appreciation at its center. The movie was Sideways and the Santa Ynez Valley wine country, a central character in the film, was forever changed. Hitching Post II, previously famous with visitors for their tasty Santa Maria-style BBQ earned a double dose of notoriety from the film. A major character in the film, played byVirginia Madsen, is a waitress at The Hitching Post. Hitching Post wines also found their way into the film. Chef, winemaker, and Santa Ynez Valley goodwill ambassador, Frank Ostini of Hitching Post fame joins us to look back.

Celebrity Cruises and their executive chef, John Suley, are always innovating when it comes to dining on Celebrity’s modern fleet of 11 cruise ships. Now the coveted white truffle, “the diamond of the kitchen,” will be featured on very special menus on select Caribbean sailings in late November and early December. Celebrity acquired two coveted white truffles (weighing 700 grams) at the recent World White Truffle Auction in Grinzane Cavour, Italy. The rare truffles are only available a few months of the year. Chef Suley returns to the show to talk about the mouthwatering dishes he’ll create which will showcase the extraordinary white truffles.

When it comes to the flavors and preparations of the authentic foods of Baja California our local expert is Chef Deborah Schneider. To keep current she now orchestrates an annual cooking research trip to different interior States in Mexico. Back in 2006 Chef Deb wrote Baja! Cooking on the Edge which is still in print and greatly admired.

Her two successful restaurant concepts are SOL Mexican Cocina (Newport Beach and Scottsdale) and solita Tacos and Margaritas (Huntington Beach and Valencia.) The Valencia solita opened this week for dinner in the Westfield Valencia Town Center.

Chef Deb is our guest.

Newport Beach Restaurant Week is January 18 to 27, 2013 and SOL is one of the many participating restaurants. They are offering both a $15 Lunch Special and a $30 Dinner Special as part of the promotion.

We’re cooking and baking with tea and then talking about a promising new Tex-Mex establishment in Downtown LA, with some flair from a young chef who does it his way. We’re then on to Newport Beach Restaurant Week and finally a taste of Northern Baja! 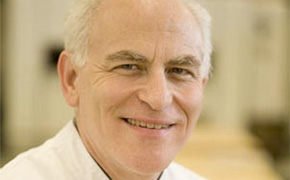 Acclaimed pastry chef and culinary educator Robert Wemischner has always been intrigued by the flavor potential of ingredients, from turmeric to tea and from cumin to coffee.

He is the author of four well-received cookbooks, including his most recent effort, The Dessert Architect. For the last 18 years he has headed the respected baking and pastry program for Los Angeles Trade-Tech College in Downtown Los Angeles.

Chef Bob joins us to present Tea 101 and guidance on cooking and baking with tea.

He also shares his delectable recipe for Chocolate Assam Tea Torte which he served at the “Getting Our Just Desserts” Benefit for C-CAP last November. 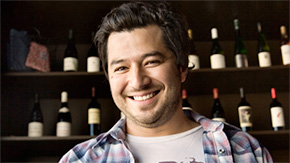 Josef Centeno is part of a group of risk-taking, young chefs who are going out on their own and making names for themselves. He created quite a splash when he designed the original menu and concept for Lazy Ox Canteen in Little Tokyo in Downtown LA.

After that was up and running he ventured out on his own in a more urban area of Downtown and launched baco Mercat at the corner of 4th & Main. He even makes his own soft drinks there from quality ingredients.

In December he debuted his 2nd Downtown spot, Bar Ama, which is a tribute to his Grandmother’s style of Tex-Mex food.

Newport Beach Restaurant Week is January 18th to 27th. Participating restaurants have special pricing for lunch and/or dinner. It’s a chance to experience the best in Newport Beach dining at very affordable prices.

Deborah Schneider, the executive chef & partner of SOL Mexican Cucina joins us to tell us about what SOL is doing for Restaurant Week.

One of the most prominent and distinguished chefs cooking in Mexico today is Javier Plascencia who makes his home in Tijuana. He’s cooked for Mexico’s president, Felipe Calderon. His family also has a fine restaurant on the US side of the Border in Bonita. 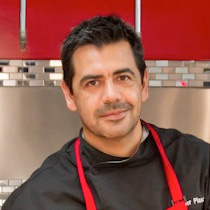 Chef Javier is also an unabashed cheerleader for the foods and premium wines of Baja. The finest wines in Mexico come from the region and are just now finding their way into US distribution channels.

Last year when Anthony Bourdain of Travel Channel’s “No Reservations” visited Northern Baja, Javier was a prominent part of this at his latest venture, Mision 19.

On Monday evening, January 14th Chef Javier has recruited the best chefs and winemakers in Northern Baja to join him in preparing a 7-course, wine-paired meal at Romesco as a benefit for the San Diego Chapter of The American Institute of Wine and Food.

It’s sold out with a waiting list but this is a chef you should really know.