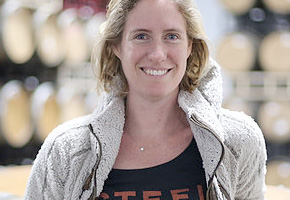 “In October 2011, Smog City Brewing Co. began brewing beer at the Tustin Brewing Co. (TBC) brewpub. By utilizing TBC’s excess fermentation capacity, Smog City was able to brew well-crafted beers, and personally distribute to restaurants and bars throughout Los Angeles County. We worked to create a presence in the craft brewing community and brewed and distributed 240 barrels in the first year.”

“By 2012, we’d grown faster than ever expected. After the purchase of our own full-scale brewing equipment, we formalized plans for our new brewery and taproom in Torrance, CA. In 2013, we received final building and license approvals and began brewing and opened our brewery taproom in May of 2013. Our Taproom in Torrance has become an amazing home for locals and visitors alike.”

“In January of 2017, we had an opportunity to join a unique and progressive project called SteelCraft in Long Beach. SteelCraft is a re-purposed outdoor food hall made entirely out of recycled shipping containers. This gorgeous outdoor beer garden has plenty of flavorful food options to choose from while you drink a delicious Smog City Beer.”

“Stop in and see us for a taste of our proven and experimental beers in Long Beach or a tour of our brewery & taproom in Torrance.”

Co-founder Laurie Porter taps the keg for us. She is also the President of the Los Angeles County Brewers Guild.