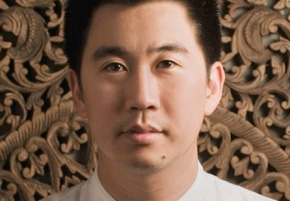 Executive Chef Angus An is the proprietor of Maenam, Vancouver Magazine’s selection as Best Thai Restaurant. He’s cooked at the James Beard Foundation in New York. We’ll talk about the flavor balance of Thai cuisine with Chef An as well as his growing restaurant empire.

Chef Angus An is a graduate of New York’s prestigious French Culinary Institute, where he worked under the world’s culinary greats including Jacques Pépin, Alain Sailhac and André Soltner, and later apprenticed at Jean-Georges Vongerichten’s legendary Jo-Jo. After graduating from the FCI, Angus trained under Chef Normand Laprise at Montréal’s Toqué before moving to London, UK, where he worked at Michelin-starred restaurants including The Ledbury and The Fat Duck. Following this he cooked at Chef David Thompson’s famed Nahm, which is also where Angus met his wife, Kate.

Upon returning to Vancouver, Kate and Angus opened their first restaurant, Gastropod. Lauded by diners and critics alike, Gastropod received several awards for cuisine and atmosphere before closing its doors in 2009.

In May of that year, Maenam was born. Serving authentic Thai dishes, the kitchen at Maenam is directed by both Angus and Thai-born Kate. Perennial winner of Vancouver Magazine’s “Best Thai” award, Maenam has also received rave reviews from The New York Times, USA Today, and Food & Wine magazine.

Anthony Bourdain has called upon Chef Jet’s expertise in Thai cuisine in the past with Travel Channel’s “No Reservations.” Mr. Bourdain’s new series is “Parts Unknown” for CNN just starting its 3rd Season on Sunday evenings. The second episode of the new season of “Parts Unknown” (April 20th air date) was Las Vegas.

Jet was tabbed by Anthony Bourdain to give him the insider’s tour of the menu at Lotus of Siam. This is one of the most critically-acclaimed Thai restaurants in the United States. Jet points out to have the best experience there you really need to know what to order from a very large menu. 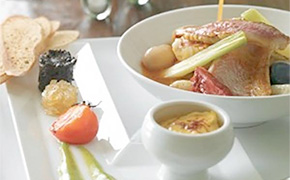 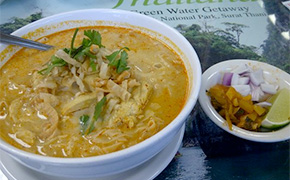