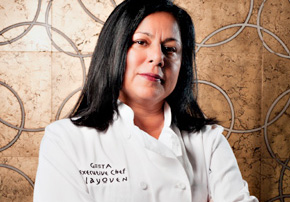 “For over 36 years Clay Oven’s cuisine directed by Executive Chef & Proprietress Geeta Bansal has been about transforming tradition and old techniques of Indian cuisine while retaining the flavor profile to make them relevant to the present times and lifestyle. Food progresses and changes, and Clay Oven consistently strives to move Indian cuisine forward into the present and attempts to modernize their dishes while keeping the Ayurvedic principles intact. The menus are tied to the seasons and what is growing locally.”

“Clay Oven serves a large selection of game including venison, wild boar, rabbit, duck, antelope, quail, and elk. Fruits and vegetables in season appear alongside organic herbs grown in their own garden. There is no fusion of cuisines, just a fun and creative Indian experience created for their guests.”

Clay Oven is on the move…As of December 1st Clay Oven is relocating to Costa Mesa on a temporary basis and will continue to serve guests via takeout, curbside and delivery exclusively. A new dine-in location is planned for the future as allowable.

Chef Geeta Bansal is our guest. 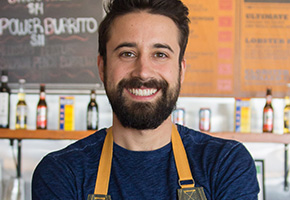 Our own Chef Andrew Gruel of the Slapfish Restaurant Group provides another timely and informative “Ask the Chef” segment where Chef Andrew responds to listeners thoughtful inquiries. Chef Andrew is regularly updating us on the impact of the Covid-19 crisis in the hospitality field and what we, as diners, can do to support the very survival of restaurants.

Thanksgiving is fast approaching on November 26th. In the spirit of the Holidays it’s appropriate for Chef Andrew to now share his best Thanksgiving cooking tips. This week we’re talking about cooking the seasoned bird. Chef Andrew suggests this might be the year to spatchcock the turkey. It seems more people will be doing Family Thanksgiving at home this year and probably with smaller groups. We’ll “Ask the Chef.”

Our own Chef Andrew Gruel of the Slapfish Restaurant Group provides another timely and informative “Ask the Chef” segment where Chef Andrew responds to listeners thoughtful inquiries. Chef Andrew is regularly updating us on the impact of the Covid-19 crisis in the hospitality field and what we, as diners, can do to support the very survival of restaurants. Dine-in is slowly, with multiple hiccups, starting to come back but with a lot of new rules that restrict guest counts. Alternately Take-Out / Delivery when you can surely helps…

Thanksgiving is fast approaching on November 26th. In the spirit of the Holidays it’s appropriate for Chef Andrew to now share his best Thanksgiving cooking tips. It seems more people will be doing Family Thanksgiving at home this year and probably with smaller groups. We’ll “Ask the Chef.” To brine or not brine is probably the first turkey preparation dilemma.

The Holidays are fast approaching and it’s time for the return of our “Ask the Chef” segment with our own resident cooking authority, Chef Andrew Gruel. Chef Andrew provides a bevy of his always reliable best tips for stress-free Holiday entertaining. There is much more than turkey on the Holiday table…

To brine or not to brine that is perhaps the Thanksgiving question? How do you get all the parts of the turkey to cook evenly? 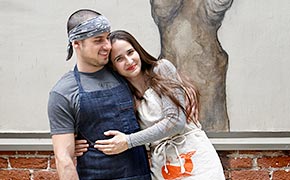 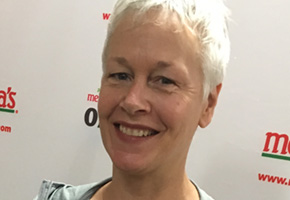 Food and travel journalist Robyn Eckhardt brings dishes from Istanbul and eastern Turkey to the home cook in ISTANBUL AND BEYOND: EXPLORING TURKEY’S DIVERSE CUISINES. With over 125 recipes, stories about places, people and ingredients, and lush on-location photography, ISTANBUL AND BEYOND takes readers on an unforgettable culinary journey from Turkey’s cosmopolitan cultural capital to its lesser known eastern regions.

The culmination of Eckhardt and photographer David Hagerman‘s (Robyn’s husband) two-decade-long passion for Turkey, its people and its food, and the result of over sixteen months of research in Istanbul and eastern Turkey, ISTANBUL AND BEYOND takes readers beyond kebab, doner, and baklava to introduce the dishes of Turkey’s distinct regional cuisines. From the Mediterranean province of Hatay to the Black Sea, and from north-central Anatolia to provinces bordering Georgia, Armenia, Iran and Iraq, Eckhardt has assembled a broad collection of dishes – many of which will be new even to those familiar with Turkish food – that are sure to entice readers into the kitchen.

Robyn Eckhardt is an American food and travel journalist specializing in Asia, Turkey and Europe. Her words and recipes have appeared in the New York Times, Saveur, Wall Street Journal, The Economist, Food & Wine, Travel+Leisure and other publications. She is co-publisher, with photographer David Hagerman, of the award-winning food blog EatingAsia. After 20 years in Asia she recently moved to Piemonte, Italy, where she lives with her husband, photographer David Hagerman, and a small menagerie of cats and dogs.

Food and travel journalist Robyn Eckhardt is our guest.

“Turkey touches four bodies of water and shares borders with Bulgaria, Greece, Syria, Iraq, Iran, Azerbaijan, Armenia, and Georgia…This results in not a nation united by one cuisine, but an array of culinary regions that make it one of the most gastronomically complex countries anywhere.” – Robyn Eckhardt

There is so much more to Turkish food than kebabs and baklava. Dishes like Green Olive Salad with Pomegranate Molasses, Kurdish-style Pot-Roasted Chicken & Onions, and Fava & Bulgar Stuffed Grape Leaves in Tomato Sauce prove just that. In Instanbul & Beyond – Exploring the Diverse Cuisines of Turkey, Robyn Eckhardt brings you the most extensive Turkish cookbook to date with a broad collection of 150 easy-to-follow recipes taken from the home cooks, farmers, fishermen, and bakers native to Turkey, all tested for the American home kitchen. Most of these recipes have never been published before in English.

Eckhardt and travel photographer husband, David Hagerman, have been collecting these recipes over the past twenty years and have traveled over 21,000 kilometers along the backroads of Turkey, documenting regional cuisines and life in the villages and cities, farms, and high pastures of the lesser-known provinces.

Thanksgiving dinner is upon us. If you’re cooking the Thanksgiving feast at home it can be a stressful time. To the rescue comes our own Chef Andrew Gruel, a real working chef. Time to enjoy being with Family.

He has some useful tips for preparing the Thanksgiving meal with a minimum of aggravation.

Chef Andrew offers some useful hints for improving on the preparation of the mashed potatoes and preserving valuable kitchen space in the process. Also, a chef’s secret for peeling the potatoes with ease.

How about adding some excitement to the same familiar side dishes? Chef Andrew suggests grilling corn on the cob instead of creamed corn.

Also he has inspiration for improving on the stuffing. Use your favorite stale bread, season well and use flavorful cooking liquid. Adding an egg really improves the texture. Also bake outside of the turkey.

Consider adding a dish out of the norm. I’m hearing turkey tamales calling…

Bring on the properly seasoned stuffing… 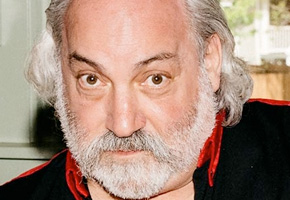 One of our favorite guests of 2016 is Meathead Goldwyn, the founder of AmazingRibs.com, the hugely popular grilling and barbecue website. He’s also known as the barbecue whisperer.

His new book is Meathead: The Science of Great Barbecue and Grilling. Meathead joins us with some unexpected but practical tips for preparing the traditional Thanksgiving feast.

Let’s not stuff the bird in the traditional way. Instead, make mufflings (stuffing prepared and baked in muffin pans.) Also, so all parts of the turkey cook evenly on the grill butterfly or spatchcock the bird. 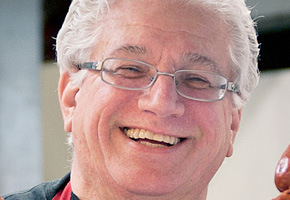 It’s a good sign of the times. The old-fashioned, full-service, neighborhood butcher shop is back in fashion. This is where you can source the exact cut of meat or poultry that you need and get expert advice from a master butcher who also knows how to prepare and cook everything they sell. What a concept.

Located at the Farmer’s Market at 3rd and Fairfax since 1986, Huntington Meats is proud to offer the finest quality meats and sausages.

“A true old-fashioned butcher shop, Huntington Meats offers traditional roasts, steaks, chops, ground beef and much more. You’ll discover an astonishing selection of sausages here (Cajun, three-cheese, chicken sausage, Italian from mild to Wow! and many more). For parties, select a variety to barbecue so everyone can have a taste! Huntington is also one of the city’s exclusive purveyors of Harris Ranch meats.”

Jim Cascone of Huntington Meats has also taken flight with the experts at Farmers Market Poultry. The chicken here is more flavorful than any found on freezer shelves in chain stores, the turkey comes from several exceptional purveyors (try the ground turkey as an outstanding substitute for ground beef), and fresh eggs and exotic fowl are also readily available. Find them at Stall 216.