“Be a part of the fifth annual Masters of Taste, as L.A.’s premier outdoor, luxury food and beverage festival returns and will be taking place on Sunday, April 3rd, 2022, from 3:00 pm to 7:00 pm on the field of the Iconic Pasadena Rose Bowl with 100% of the proceeds going directly to benefit Union Station Homeless Services!”

“Asapahu went to college at UCLA and to graduate school at Yale, then she spent four years living, traveling, and working her way through Thailand before returning home to Los Angeles. During Asapahu’s stay in her native country, she took extensive notes, which included absorbing Bangkok’s street food scene and reviving old family recipes. After cooking with relatives and eating her way through the streets and countryside, Asapahu brought back these treasured old recipes and new flavors to share at Ayara Thai. While her mother Anna Asapahu still helms the family kitchen, Asapahu is the vanguard, taking up the torch of her family’s culinary tradition at Ayara Thai Cuisine.”

“I have had the pleasure of participating in Masters of Taste since its inaugural year,” states Asapahu. “As a proud UCLA alum (Go Bruins!), I’d give anything for the opportunity to cook, eat and dance on the field of the Rose Bowl. The most amazing thing about Masters of Taste is that 100% of the proceeds go directly to benefit Union Station Homeless Services and not many food festivals can say that. Union Station Homeless Services is committed to ending homelessness in Los Angeles.”

“The fifth annual Masters of Taste 2022 is expected to bring over 3,000 food and beverage enthusiasts together for one afternoon to celebrate this exhilarating festival, which will include the finest fare from over 100 Culinary Masters and restaurants, delectable sweets prepared by L.A.’s top Sweet Masters, top Beverage Masters who will be featuring signature handcrafted cocktail tastings from over 25 spirit brands and bars, a premier 50-Yard-Line Cocktail Bar featuring top Mixologists from four of L.A.’s most distinguished drinking destinations, select wineries, local craft breweries, cold-pressed juices, cold brew coffee, live entertainment and much, much more.”

Chef Vanda joins us with all the enticing details. 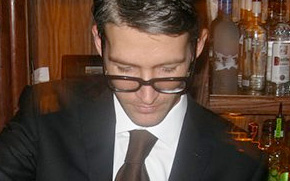 “The first restaurant to launch there is the breezy Baja-inspired Caravan Swim Club, a 2-story outdoor poolside gathering place for everything from cabana drinks to fire pit gatherings, creative meetings to laid-back lounging. The menus take you on a culinary road trip from Santa Barbara to Northern Baja, Mexico. Enjoy seasonal snacks like charcuterie, ceviche and a raw bar paired with biodynamic wines, craft beer, and small-batch tequilas.”

Scenic Route is the future, all-day Lobby restaurant. Opening date in the next few months.

Steve Livigni is our guest with all the enticing details.

Chef / Proprietress Vanda Asapahu of Ayara Thai in Westchester is the Host Chef for the upcoming 5th Anniversary Masters of Taste benefit at the Rose Bowl. Originally scheduled for Sunday, April 5th it has been necessarily postponed. When that new date is established Chef Vanda will be back with us with all the delectable details. In the meantime Ayara Thai is open for Take-Out and Delivery and would love to serve you.

“Growing up in a Thai-Chinese community in the Samsen District along the banks of Bangkok’s Chao Phraya River, chef and restaurateur Andy Asapahu received his cooking and business prowess by helping his mother cook. Not only did Grandma’s (Andy’s mother) large batches of food feed her family of eight, but also those in the neighborhood, who would stop by to purchase her well-known curries.”

Anna, wife of Andy and self-taught chef, hails from the city of Lampang in the heart of northern Thailand and grew up in a family that primarily cooked with home and locally-grown fruits and vegetables. Since Ayara Thai’s opening day, head chef Anna remains a leader in the kitchen and continues her family tradition bWestchestery using home-grown herbs in the restaurant’s dishes. Reflecting both the dishes she ate in the past, as well as her family’s values in sustainable dining, she ensures dishes inspired and prepared with only the freshest ingredients that the season has to offer.”

“Today, the family traditions of Andy and Anna are continued and developed into the third generation, through their daughter Vanda. Living and working in Thailand for four years has given Vanda the experience to revive old family recipes, while traveling through the nation’s different regions has allowed her to discover new tastes and inspirations. After cooking with relatives and eating her way through the streets and countryside, it is these old recipes and new flavors that Vanda brought back to share at Ayara Thai.”

Chef Vanda is our guest with all the tempting menu details.

We’re continuing our interview with Chef / Proprietress Vanda Asapahu of Ayara Thai in Westchester who is the Host Chef for the upcoming 5th Anniversary Masters of Taste benefit at the Rose Bowl. Originally scheduled for Sunday, April 5th it has been necessarily postponed. When that new date is established Chef Vanda will be back with us with all the delectable details. It’s a wonderful, walk-around charity tasting event on the field of the iconic Rose Bowl.

In the meantime Ayara Thai is open for Take-Out and Delivery and would love to serve you. Think Laab Duck with roasted duck breast, lemongrass, sawtooth coriander, scallions, shallots, lime, roasted chili and toasted rice.

“With family recipes and cooking styles passed down through generations, the Asapahu family of Ayara Thai is pleased to offer a taste of authentic Thai food, where quality is never compromised. Using the freshest ingredients, each dish is prepared from scratch and enhanced individually by herbs and spices to ensure the boldest, most genuine flavors.”

Chef Vanda continues with all the tempting To-Go and Delivery menu details.