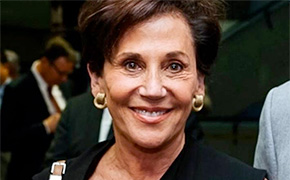 The historic Grand Central Market (GCM) has been an icon in Downtown Los Angeles since 1917. It celebrates the cuisines and cultures of all Angelenos. In the last two years, under the watchful eye of The Market’s proprietress, Adele Yellin, an impressive transformation has begun.

The best of the ethnic heritage food merchants (Tacos Tumbras A Tomas & Sarita’s Pupuseria) have been retained while exciting new food concepts (appealing to a younger generation of sophisticated foodies) have opened. The first wave of these spots was G&B Coffee and Sticky Rice (which has since expanded into a 2nd location there.) Mark Peel (ex-Campanile) has a seafood concept on the horizon.

The Market is now open later hours for dinner on Thursday, Friday and Saturday. Foot traffic at The Grand Central Market has increased…This year Bon Appetit Magazine named the GCM as one of the “Ten Best New Restaurants of The Year.” Adele Yellin took the chef/proprietors of Tacos Tumbras A Tomas and Wexler’s Deli to New York for the bash in New York celebrating the issue.