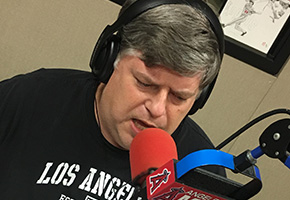 Last month The Musso & Frank Grill in Hollywood celebrated a century of Family tradition and integrity. They were even honored with an “Award of Excellence” from the Hollywood Chamber of Commerce in the form of a “Walk of Fame” sidewalk star. Also commemorating the 100th Anniversary is a coffee table book, The Musso & Frank Grill. It’s both a history and cookbook.

“What would become Musso & Frank Grill was founded in 1919 by Frank Toulet, who three years later formed a fateful partnership with a similarly forward-looking restaurateur named Joseph Musso. In 1922, the two men hired French chef Jean Rue – a culinary master who would wind up showcasing his artistry at Musso & Frank for 53 years, and creating a menu that remains mostly intact to this day (amazing enough, current Chef J.P. Amateau is only the third person to serve in that position in the restaurant’s entire 100-year history, folllowing the tenures of Jean Rue and his successor, Michel Bourger!)”

“In 1927, Mr. Musso and Mr. Toulet sold their restaurant to a duo of Italian immigrants named Joseph Carissimi and John Mosso (a coincidentally similar name) and today Musso & Frank is owned and operated by the families of Mr. Mosso’s three granddaughters: John and Cathy Echeverria and their son, Mark Echeverria; Steve and Anne Jones; and Richard and Kristen Kohlmeyer.”

Gayot– The Guide to the Good Life’s Orange County correspondent, Rich Manning, was just at Musso’s and highlights his anniversary dining experience there.