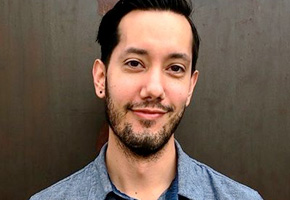 After a decadent afternoon of feasting on over 1,500 pounds of heritage breed pork raised on family farms, almost 500 guests gathered with glasses full of everything from Franciacorta and Pinot Noir to Smoked Old-Fashioneds and Angostura Rum Swizzle cocktails at Viceroy Santa Monica, Official Host Venue. From cooks and guests to winemakers and distillers, all were waiting for Cochon555 founder Brady Lowe to crown Los Angeles’ “Prince of Pork,” bestowing not just the title, but a place in the national finale, Grand Cochon, in October in Chicago.

Representing the Berkshire breed of pig raised by Peads & Barnetts, the winner was Chef Jonathan Granada of Otium.

Winning Chef Jonathan’s pig breed from Peads & Barnetts Farm was a Berkshire that yields a brighter pork than most, and features a thick, delicious fat cap. The meat is sweet and creamy with hints of nuttiness, which is a by-product of the finishing process in several areas. These aspects worked in tandem with his six winning menu items, including a Head Cheese; Pork Belly with Feuille de Brick, Stinging Nettle and Caviar; Whipped Lardo with Sea Urchin, Pistachio and Brioche; Pork Shoulder with Artichoke Barigoule and Vin Jaune; a Croquette with Mojo and Potato; and finished with a Cider – Eric Bordelet Poire Granit from France.

A culinary competition featuring 5 chefs cooking 5 whole, heritage breed pigs with innovative flavors and timeless cooking techniques, Cochon555 challenges chefs to use every bit of their accumulated knowledge and inspiration. Each chef is given a 200-220 pound heritage breed pig and tasked to create, prepare and present a “Judge’s Plate” of 6 dishes scored on utilization, global influences, cooking techniques, and overall flavor, among other categories. This year’s experts and celebrity judges included local luminaries Jonathan Gold of Los Angeles Times, Christopher Ford of Beverly Wilshire, Chef Walter Manzke of Republique, Kelly Kang of Viceroy Santa Monica and others.

“The national competition gets more intense and dynamic every year, and the performance of the LA chefs, somms, and barkeeps shows precisely why the city is at the forefront for culinary excellence in this country,” said Cochon555 founder Brady Lowe. “Chef Jonathan’s winning dishes were bold, modern, thoughtful, and full of the kind of flavors that only enhance what heritage breed pigs have to offer. We owe a big thank you to the Viceroy Santa Monica Hotel – the setting was spectacular.”