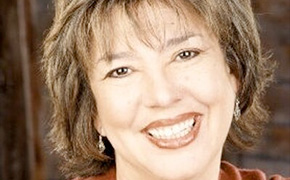 With Mardi Gras in full swing and Fat Tuesday coming up it’s time to talk about the tradition of King Cakes with our New Orleans food authority, Gisele Perez. Food historian and chef, Gisele Perez, is a contributor to SoFab Magazine, the official publication of the Southern Food and Beverage Institute and a New Orleans native who recently returned there after a long stay in Los Angeles. She is also a food blogger with her popular Pain Perdu Blog.

One of the most popular foods during Mardi Gras is the King Cake, consumed by the carload and traditionally sold in bakeries, grocery stores and delis from January 6th to Ash Wednesday. Locals and visitors alike eat King Cakes for breakfast, coffee break, and dessert. In fact, almost any excuse to grab a slice will do.

The tradition of King Cakes dates back to the Middle Ages when a popular devotion during Christmas was placed on the Three Wise Men (or Kings) who followed the North Star to find Christ. The twelfth night after the birth of Christ marks the end of Christmas and the celebration of the Epiphany. Thus, Twelfth Night in some cultures becomes a time for pageants and giving special presents to children. Along with gifts came the celebratory cake, or King Cake.

In preparation for this segment Gisele graciously combed The Crescent City seeking out what’s new in contemporary King Cakes. Check her blog for the enticing images and descriptions. Her favorite of the new wave is the Ponchatoula Strawberry King Cake from Maurice’s French Pastries.