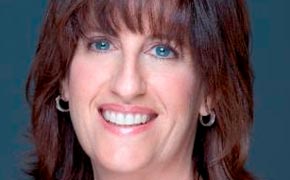 Chef Akasha Richmond is one of the pioneers in destination dining in Downtown Culver City with Akasha which she debuted in 2008. Now she has launched her second restaurant in Culver City, Sambar, which is located steps away from Akasha.

It’s inspired by her travels throughout India as well as her affinity for the rich culture and traditions of the country. Sambar showcases the diversity of Indian cuisine with an invigorating array of clean, bright flavors and choices – all inflected with familiar ingredients as interpreted through a California lens.

The concept takes its name from a traditional Indian based vegetable stew that is a staple in most South Indian homes. It was the first Indian dish that Richmond had ever tried many years ago. “I’m enamored by the balance of the very complex yet comforting approach to Indian cooking,” says Richmond.

The menu at Sāmbār will change with the season as the kitchen turns out a selection of spice-driven dishes that focus on local California ingredients including small plates, snacks, and street foods. While the foods of India can be as diverse as the varying states, from the heartier and richer curries of the North, to the rice-based and more tropical fare found in the south, there is a common thread which Richmond has effortlessly captured with the Sāmbār menu emphasizing a balance of sweet, spicy, hot, and salty, dishes such as Sevpuri Chaat, Gunpowder Smashed Potatoes, Truck Stop Goat Curry, Mississippi Masala Wings, Cheese Thali, or Black Quinoa Uttapam–a small fermented pancake.

Chef Akasha Richmond is our guest.