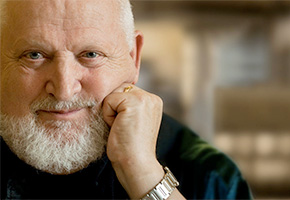 In the late 80s one of the most prominent chef – pioneers in Los Angeles was Michel Richard of Citrus. He was an amiable, larger-than-life culinary personality. Sadly he left us on August 13th.

Chef Michel opened a branch of Citronelle in Georgetown in 1993 and became a prominent figure on the Washington, D.C. culinary scene. It was his later home base.

Russ Parsons (the former, long-time Food Editor at The Los Angeles Times) knew him well. Russ joins us for a remembrance. 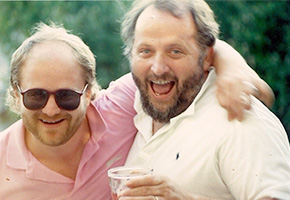 “Every cook has his chef — someone they look up to above all others — and for almost 20 years (and even beyond, it turns out), Michel has been mine. I am not alone in this. He is regarded by his peers as a chef’s chef–an endless and generous source of new ideas and techniques. When Thomas Keller wrote his foreword to Michel’s new book, “Happy in the Kitchen,” he titled it “Why Didn’t I Think of That?””

“It has been my terrific fortune to know a lot of really talented chefs over the years. Some have a wonderful innate sense of flavor. Some have a jeweler’s eye when it comes to presentation. Some can play technical tricks that make you gasp. Michel combines all three along with wit and intelligence.”

In closing Russ observes that Chef Michel’s Happy in the Kitchen stands the test of time. It’s a beautiful book with gorgeous photos. He enthusiastically recommends it for every home cook’s library.