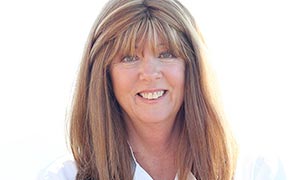 Belfast-born Chef & restaurateur Geraldine (Gerri) Gilliland has been a major force on the hospitality scene in Santa Monica and environs since 1984. On St. Patrick’s Day in 2002 Gerri realized her most ambitious project to date and Finn McCool’s (a reassembled Irish pub from Newry, County Down) was launched. Irish nationals are among the employees. The ambiance is genuine Irish charm.

“Finn McCool’s is a stunning old world Gastro-pub with a modern sensibility & heavy emphasis on quality food & drinks. Designed with rich wood, antique Gaelic stained glass and gorgeous original art that was dis-assembled, shipped over from Belfast, Northern Ireland through the Panama canal and meticulously re-assembled on Main Street in Santa Monica.

Finns boasts over 18 beers on tap, 200 whiskeys and an impressive menu of quality traditional & modern offerings from the newer “Build your own Burger” and “R&D Menu” (where customers get to help choose the next menu items) to classic offerings like “Fish & Chips in a Newspaper”, “Guinness Irish Stew” and the iconic “Irish Breakfast”. Traditional Irish Soda Bread is baked in-house daily. There is also a weekday, $15 lunch special (with beverage) that’s a great value for Main St., Santa Monica.

“2015 Irish Woman of the Year” was awarded to Chef Geraldine Gilliland by The City of Los Angeles and the L.A. City Council. She was nominated for the honor by Mary McAleese, the President of Ireland from 1997 to 2011. Gerri characterizes Chef Allen as the Alice Waters (California’s Chez Panisse) of Ireland.

We’ll talk to Gerri about what authentic Irish pub food really is and her long-time friendship with the Irish Julia Child, Darina Allen of Ballymaloe Cookery School, Ireland’s best-known chef.

2016 has been designated the year of food and drink in Northern Ireland, and Gerri will give us some insight on contemporary food tourism there