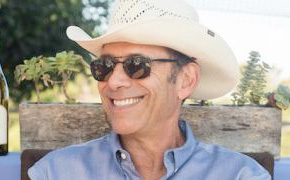 Inspired by a Chardonnay vineyard Elliott and Lynn Dolin planted behind their ocean-view Malibu home in 2006, Dolin Malibu Estate Vineyards has quickly emerged as one of the leading producers in the new Malibu Coast AVA which Elliott was instrumental in getting approved.

Following the release of just five vintages of Chardonnay ($39), the winery has plans to expand its Malibu production to include several more wines from the region. In fall 2014 Dolin Estate broadened its scope further with the release of a new line of Central Coast Pinot Noir wines from such highly regarded vineyards as Talley Rincon, Bien Nacido and Solomon Hills. In 2015, Dolin Estate will introduce additional single-vineyard Pinot Noir and Chardonnay wines from the Central Coast.

Following their first vintage of Dolin Estate Chardonnay, Elliott and Lynn Dolin looked to the Central Coast to find a winemaker whose experience exceeded what was available in Southern California. They set up a meeting with Kirby Anderson at their Malibu Coast Vineyard, and right away they knew they had found a winemaker who shared their appreciation for wines made in a seamless, silky and voluptuous style. In 2010 Kirby began making Dolin Estate’s Chardonnay, and in 2012 he helped expand the portfolio to include Central Coat Rose of Pinot Noir and Pinot Noir.

Lynn Dolin (Elliott’s wife) is also active in the venture. She has a keen eye for style and designed the label for the Dolin Malibu Estate Vineyards Rose of Pinot Noir. It even won a design award at the greatly respected San Francisco International Wine Competition.

Elliott Dolin joins us to share his unusual wine story.

Special thanks to Shawn Burgert at Wandering Wino for providing the wonderful photographs of Dolin Malibu Estate Vineyards.