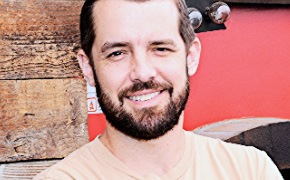 “What’s old is new again. Restauration is a combination of two of our favorite words that are defining pillars of the Long Beach community: restaurant+restore. Situated in the vibrant and creative stretch on 4th street between Cherry and Temple dubbed Retro Row, our little eatery brings the Long Beach family together to pay tribute to the American culinary spirit while embracing modern fare.”

“Menus for Restauration are locally sourced and responsibly grown, using seasonal ingredients based on the abundant bounty available on the Southern and Central Coast. Many options are served family style intended for sharing. Our beer offerings feature craft beer on draft and in large bottles from all over the world. The comprehensive wine list highlights small producers from California and other unique wine growing regions from afar.”

The newly arrived Chef Pretty has substantial cooking credentials. He was the chef de cuisine for 3 years for Gordon Ramsay at the London Hotel in West Hollywood during the period Chef Ramsay was actually actively involved in the restaurant. He’s also spent time in the kitchens of the fondly-remembered SONA and Providence.

A prominent feature of the restaurant’s dog-friendly patio is the wood-burning oven. The signature dish from there is the Wood Grilled Spanish Octopus with marble potato, celery heart, almonds and Caesar dressing.