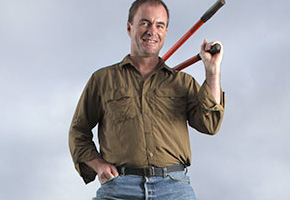 Eric Hamacher set forth as a winemaking gypsy after earning his viticulture and enology degree from UC Davis in 1988. Eric has since created stunning wines for more than 35 vintages at multiple wineries around the world. After leaving Napa in 1995, Eric headed North to the “Promise Land” of Pinot Noir and founded his eponymous winery in the Willamette Valley of Oregon.

After pushing for several years and finally succeeding to change Oregon state law to enable multiple winery licensing in one facility, Eric with his wife, Luisa Ponzi (Ponzi Vineyards) and partners Ned and Kristen Lumpkin, co-founded The Carlton Winemakers Studio in 2002. The Studio was the first of its kind and operated as a multi-winery facility designed to enable small, high-end wineries and boutique, artisanal producers to share space and expertise.

With the bountiful 2014 harvest and the seams stretching at the studio, Eric moved himself out. With the “Reopening” of Hamacher Wines at the original Ponzi Historical Estate, Eric was able to launch his first tasting room dedicated to showcasing his wines directly to appreciative wine lovers.

Eric is with us to pull the cork on the Hamacher and H Wines varietals of Hamacher Wines. 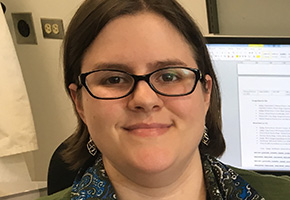 “We are proud that our Foundation’s newest scholarship program is committed to awarding $20,000 in financial aid to ten extraordinary scholars each year. A desire to pursue a career in the culinary arts is no longer limited to cooking in the kitchen,” said Kris Moon, vice president of the James Beard Foundation. “Just as the types of careers available in the culinary arts have evolved, so too is the Foundation’s scholarship program. The National Scholars Program supports a diverse group of students exploring virtually every educational discipline, whether that be history, anthropology, economics, management, or the sciences—as viewed through the lens of food.”

This year, and in each subsequent year, up to ten annual scholarships in the amount of $20,000 each will be granted. To ensure regional diversity, one awardee is selected from each of the ten geographic regions defined by the James Beard Foundation Awards.

The JBF National Scholars Program is a part of the larger James Beard Foundation Scholarship Program, which is awarding more than $750,000 in financial aid available in 2016, the largest annual total in the Foundation’s history.

Established in 1991, the scholarship program assists aspiring and established culinary professionals who plan to further their education at a licensed or accredited culinary school or hospitality institution, college, or university. In the past 25 years, the program has not only grown in visibility and financial scope, but in the breadth of subjects its recipients have embraced. As of 2016, the Foundation will have awarded over $6.5 million in financial aid to more than 1,800 recipients. 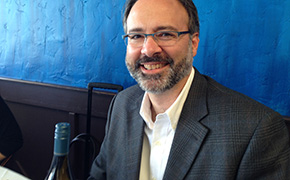 Without a doubt, David Stare is a pioneer. Heading west in the late 1960s, he personified the character and work ethic of early Gold Rush pioneers. Inspired by his trips to the Loire Valley, he headed west to California to start his own family winery.

Upon his arrival, Dave began taking winemaking classes at UC Davis as a graduate student. On the weekends, he spent time looking at vineyard land from Monterey to Mendocino. It was during one of those weekend trips that fate drew Dave to the Dry Creek Valley. When he saw an old prune orchard across the street from the Dry Creek General Store, Dave realized that he had found his dream location.

He purchased the orchard and began planting vines. Captivated by his memories of Loire-style wines, Sauvignon Blanc seemed destined to figure prominently in the Dry Creek Vineyard portfolio. However, several famed vineyard specialists advised him against planting Sauvignon Blanc. Always looking to push the envelope, Dave planted the varietal anyway and the rest is history.

Today, our second-generation family owned winery continues to evolve and grow to meet the demands of a global wine marketplace. The primary mission of our winery is to produce distinctive wines that overdeliver on quality. For more than 40 years, this pursuit of winemaking excellence has led to many international awards and accolades. With a loyal following of wine club members and customers, the future of Dry Creek Vineyard has never been brighter.”

Winemaker Tim Bell is our guest.