Now an enticing preview of this Saturday’s effervescent show. It’s not, with profuse apologies, for dieters. If we’re successful we will always leave you incredibly hungry and thirsty. In our case that’s probably a pretty good thing… As always, we greatly appreciate you being a part of our loyal listening audience. Couldn’t do it without you. 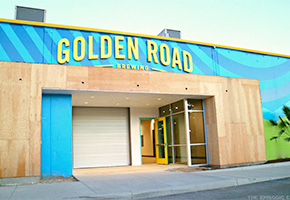 Summer is upon us and it’s time to get the 411 on what vegetables work best for the grill as well as noting the pick of the crop for the very best in Summer fruits. The expert with all the answers is Robert Schueller, Melissa’s Word Variety Produce’s Prince of Produce.

One of our favorite OC-based food, libation and travel writers is Anne Marie Panoringan. She was recently aboard Long Beach’s iconic Queen Mary for a visit. Lots of enhancements in progress. She will preview what she is soon reporting in the upcoming Travel issue of OC Weekly talking about her staycation aboard Long Beach’s landmark Queen Mary. Anne Marie also generously shares some breaking OC restaurant news.

Delightful and delicious, the upcoming 10th Annual L.A. Loves Alex’s Lemonade brings superstar chefs and mixologists to Los Angeles on Saturday afternoon, September 14th to lend their support to Alex’s Lemonade Stand Foundation (ALSF) and battle against childhood cancer. The celebrity chefs and mixologists participating come from landmark establishments from all across the country. Co-Founder of the L.A. Benefit, Caroline Styne of the Lucques Restaurant Group, joins us with a tempting preview.

With Father’s Day on the horizon Summer grilling is on our mind and representing the West Coast Prime Meats’ Meatheads is Jay Henderson (half of the team.) Jay has been creating in the kitchen since he was nine and looks forward to the Weekends where he cooks with his Family. Jay is sharing his personal Summer grilling tips. Also Jay talks about Cape Grim pure beef from Tasmania in Australia.

Since we’re at Golden Road Pub OC what would be more appropriate for this show than an appearance from our regular “Ask the Brewers” where we answer listeners’ questions. Joining us is Golden Road’s uber-accomplished Brewmaster, Victor Novak and Anaheim Head Brewer Steven Torres.

What’s new on Chef Henry Tran’s varied menu at Golden Road Pub OC? What’s on tap for the annual “Almost 4th of July Party”? Let’s talk about the new Weekend Brunch. The person with all of these answers, and more, is Jonathan Wantz, General Manager of Golden Road Pub OC.