“Consistently regarded as one of the best cooking schools in Southern California, The Gourmandise School in downtown Santa Monica at Santa Monica Place offers hands-on recreational cooking and baking class for beginners to professionals, now exclusively online… until further notice! You learn classic techniques from their instructors in your very own home. Gourmandise has classes for adults, kids (6 and over), and teens.”

“Together with co-founder Chef Clémence de Lutz’s culinary expertise, and partner Sabrina Ironside’s marketing and operations background, The Gourmandise School has a new vision to expand the consumer’s education and experience of how to create amazing meals and treats out of locally sourced, sustainable ingredients, using the very finest techniques.”

The virtual cooking classes have been so successful (and serve an appreciative audience of cooking enthusiasts outside of Southern California) that once in-person classes are again permissible at Gourmandise the virtual program will continue. 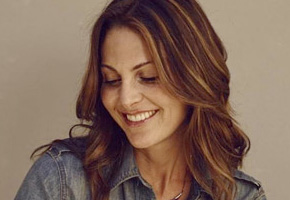 “Violet Los Angeles, newly opened, is a vibrant Cali-French bistro, full bar, cooking school and shop in the heart of Westwood Village. In the spirit of European cafés and cookery schools, Violet aims to bring together the community over memorable meals and culinary adventures.”

Featuring a romantic courtyard in a historic 1930’s brick building, Violet Bistro is a charming eatery currently serving Dinner and cocktails Tuesday through Sunday from 5:30 p.m. to 9:00 p.m. Seating is within the picturesque courtyard and reservations are needed to properly adhere to all the current outdoor dining and safety regulations.

“Violet Los Angeles founder Dana Slatkin always dreamed of opening a delightful neighborhood gathering place, like the ones where she spent so much time while studying and working in Italy and France. Born in Los Angeles, Dana is a graduate of U.C. Berkeley and The Culinary Institute of America. She trained with chefs Georges Blanc and Michel Guèrard at their eponymous Michelin three-star restaurants in France, patissier Pierre Hermé at Fauchon in Paris, and David Bouley in New York City.”

“Dana moved back to Los Angeles to become General Manager at L’Orangerie. In 1994, she helped launch the Beverly Hills Farmers Market, later using the name and inspiration for her own line of snacks and baked goods, which she sold to airlines and supermarkets for a decade. Dana’s first cookbook, Summertime Anytime: Recipes From Shutters On The Beach, was published in 2008 by Clarkson Potter. As the Beverly Hills Farmgirl, she ran a cooking school and shop for twelve years. She is a mother of three, a board member of the Berkeley Food Institute, a classical pianist, and an avid crosswordist.” 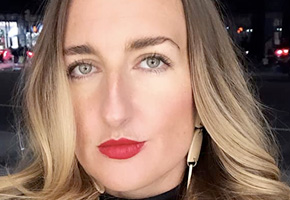 Diana Kennedy: Nothing Fancy (documentary feature film) is an intimate, candid perspective into the curious world of cookbook author and British ex-pat Diana Kennedy – widely regarded as the world’s expert on Mexican cuisine. At five feet tall and 97 years old, Diana is larger than life: a foul-mouthed fireball far more feisty and energetic than her age and petite frame let on. Author of nine Mexican cookbooks, she has spent over 60 years researching and documenting the regional cuisines of Mexico.

“Kennedy has lived ‘off-the-grid’ on an eight-acre ranch outside Zitácuaro, Michoacán since the 1970’s: composting, growing her own crops, and using solar power to run her home. Aware of her own mortality, she is working tirelessly to solidify the legacy of her life’s efforts, with the hope of turning her home into a foundation for culinary education in Mexico.”

“A two-time James Beard Award winner, Diana was decorated with an Order of the Aztec Eagle from the Mexican government and became a Member of the Order of the British Empire from the UK in 2002. Despite her notable achievements, Diana is difficult to categorize. Often referred to as the “Julia Child of Mexico,” but Diana prefers a different title: “The Mick Jagger of Mexican Cuisine.”

“Diana Kennedy: Nothing Fancy explores Diana’s vibrant, unconventional life, blending vérité with archival footage, photographs and interviews. Viewers accompany her in intimate settings at home – cooking, gardening, and traveling to accept awards and speak to audiences. The film features interviews with notable chefs and friends including Alice Waters, José Andrés, Rick Bayless, and Gabriela Cámara, along with footage from Diana’s TLC cooking show, “The Art of Mexican Cooking.” Whether she is instructing chefs at her infamous “Boot Camp” cooking school, blazing her truck over the cobblestone roads of Zitácuaro or sunbathing with a scotch on her balcony, Diana is captivatingly bold, spirited, and unapologetically herself.”

“Diana Kennedy : Nothing Fancy” has just been released on various streaming platforms.

Our own Chef Andrew Gruel of the Slapfish Restaurant Group joins us with another informative “Ask the Chef” segment. 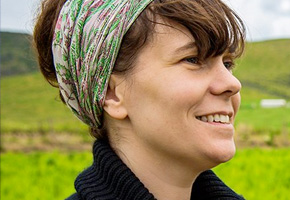 The school works with the finest instructors to teach the very best techniques and inspire people to develop their culinary intuition. The Gourmandise School is a culinary resource for amateur chefs and bakers as well as the LA food community. Classes are offered mornings, afternoons and evenings, seven days a week.

The Gourmandise School has quickly become LA’s most revered culinary education outpost, offering highly specialized courses such as bean-to-bar chocolate workshops, cheese-making and cooking classes featuring global cuisines. The growing popularity of the unique classes and high demand for private parties ultimately led to the need for expansion. The new, expanded location brings an additional layer of cultural programming and culinary adventure to the community of Santa Monica as well as further enhances the customer experience at Santa Monica Place.

More information can be found here. 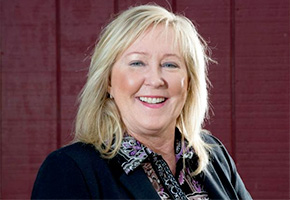 “We have an opportunity to change the lives of students through Hatch Culinary Lab and it is important for us to step in to help,” said OCFEC CEO Kathy Kramer. “Here at the OC Fair we love food, so this program is close to our hearts and ties in perfectly with our community give-back mission. I look forward to growing this program to include training for both kitchen staff and front-of-the-house positions.”

The OC Fair’s CEO Kathy Kramer is our guest. 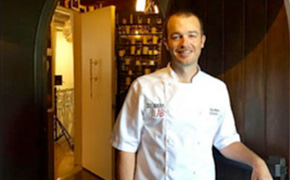 OCFEC invested an initial $54,000 in equivalent value in this community program that this year will provide up to 50 students with training in everything from knife skills, cookery basics and making healthy meals to safety and sanitation. The spring session started Feb. 28 with the first 20 students from Kennedy, Savanna and Western high schools working for eight weeks. A summer internship program and fall certification series will follow, culminating in an event to feed the local homeless community.

The team from CulinaryLab in Tustin is donating staff and time to the program and has created new curriculum tailored to provide students with the basics on how food works, healthy cooking skills and simple recipes they can practice at home with minimal cost and prep time. The goal is to excite students about cooking and food service and empower them to be confident individuals ready to secure employment.

“At CulinaryLab, we do everything we can to immerse students in the world of cooking with experimentation, tons of repetitive hands-on practice, and by involving local chef partners in the teaching process,” said Chef Ryan Wagner. “The goal of the Hatch program is to bring that same high-level culinary education to high school students who might otherwise not have access to it.”

Chef Ryan Wagner the founder of Tustin’s CulinaryLab now continues the story of Hatch Culinary Lab at OC Fair & Event Center with us.

“What’s the best way to learn about working in a professional kitchen? To work in one, of course. Students who choose our apprenticeship program will have the opportunity to work approximately 1,500 hours as a paid apprentice at one of our partner restaurants, gaining hours of practice and real world experience that is normally reserved for those who have already graduated culinary school. By reinforcing what they’re learning while simultaneously working in a real professional kitchen, our students are faster, more skilled and better prepared to excel in the foodservice industry.”

“At CulinaryLab we measure our success by how our students perform in the real world.

If they fail, so do we. When they succeed, we do too. We put it all on the line for them.”

Chef Director Ryan Wagner, C.E.C. is the founder of the program. We’ll meet him.

CulinaryLab, under the direction of Chef Director Ryan Wagner, is a forward-focused cooking school where timeless techniques meet cutting edge curriculum and real-world training to cook up bold contemporary cuisine. CulinaryLab reinvents culinary training with a program that harnesses the power of today’s innovations to train tomorrow’s culinary arts visionaries.

Chef Wagner is really big on presenting reality to future culinarians and tempering unrealistic expectations. A student doesn’t graduate from culinary school with the expectation that they are ready to be an Executive Chef anywhere. Also the idea that they are going to graduate and be a star on Food TV is even more unlikely!